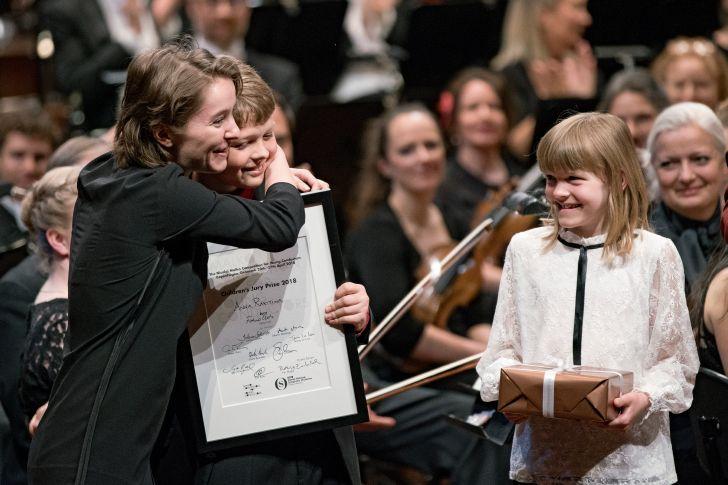 A week after the final, who is your biggest Malko hero? My Malko hero is the person responsible for the competition’s biggest and most invaluable prize: the gift of experiencing live orchestral music for the first time.

Malko week is always a whirlwind – a heady mix of excitement and intrigue with some very beautiful music thrown in. Anyone who attends the whole competition gets caught up that whirlwind. Sometimes, it’s only when the dust has settled that we have time to take stock and reflect on what actually happened.

Ryan Bancroft has returned to Holland a Malko champion on the cusp of a meaningful career. But countless other figures who helped make the competition what it was have inevitably come to mind this week. I will be keeping an eye out for conductors Gonzalo Farias, Wilson Ng, Alessandro Bonato and Petr Popelka. Many of us, meanwhile, are experiencing the cold turkey of not getting to hear the Danish National Symphony Orchestra play live every day for a week. Thank heaven for the Thursday concerts.

So who is your Malko hero? A conductor you followed and hoped would win? An orchestral musician who managed to sustain focus and energy for 6 days solid and still play some gorgeous solos?

It’s often said after competitions like these that ‘music is the winner’. It’s a cliché, but it also happens to be true. At Malko, it is more true than usual. My Malko hero is the person responsible for the competition’s biggest and most invaluable prize: the gift of experiencing live orchestral music for the first time.

As part of Karen Skriver Zarganis’s establishment of a Children’s Jury at the Malko Competition, hundreds of children get that gift. In addition to the stimulating process of learning about conducting and citing who they believe to be a worthy winner, many of the participating children were at the DR Concert Hall last week to see and hear performances with their own eyes and ears. ‘Some of them had never even been in a concert hall before,’ Karen told me. ‘It was so wonderful see their faces during the Mahler symphony.’

It was also humbling to see just how deeply Malko’s 24 contestants care about music. They appeared to live for music, love it deeply and believe in its power. It has been a positive force in all of their lives and will continue to be so. That’s why it was so important that hundreds of Danish children get the chance to taste of the joy and power of live orchestral music too.

We may see one of those children competing at Malko 2030. We may see one of them playing in the DR Symphony Orchestra or one of Denmark’s other fine ensembles. Or it may simply be that they find joy and happiness in orchestral music for the rest of their lives. Either way, for some of them, Malko may prove to be a gift that keeps on giving.