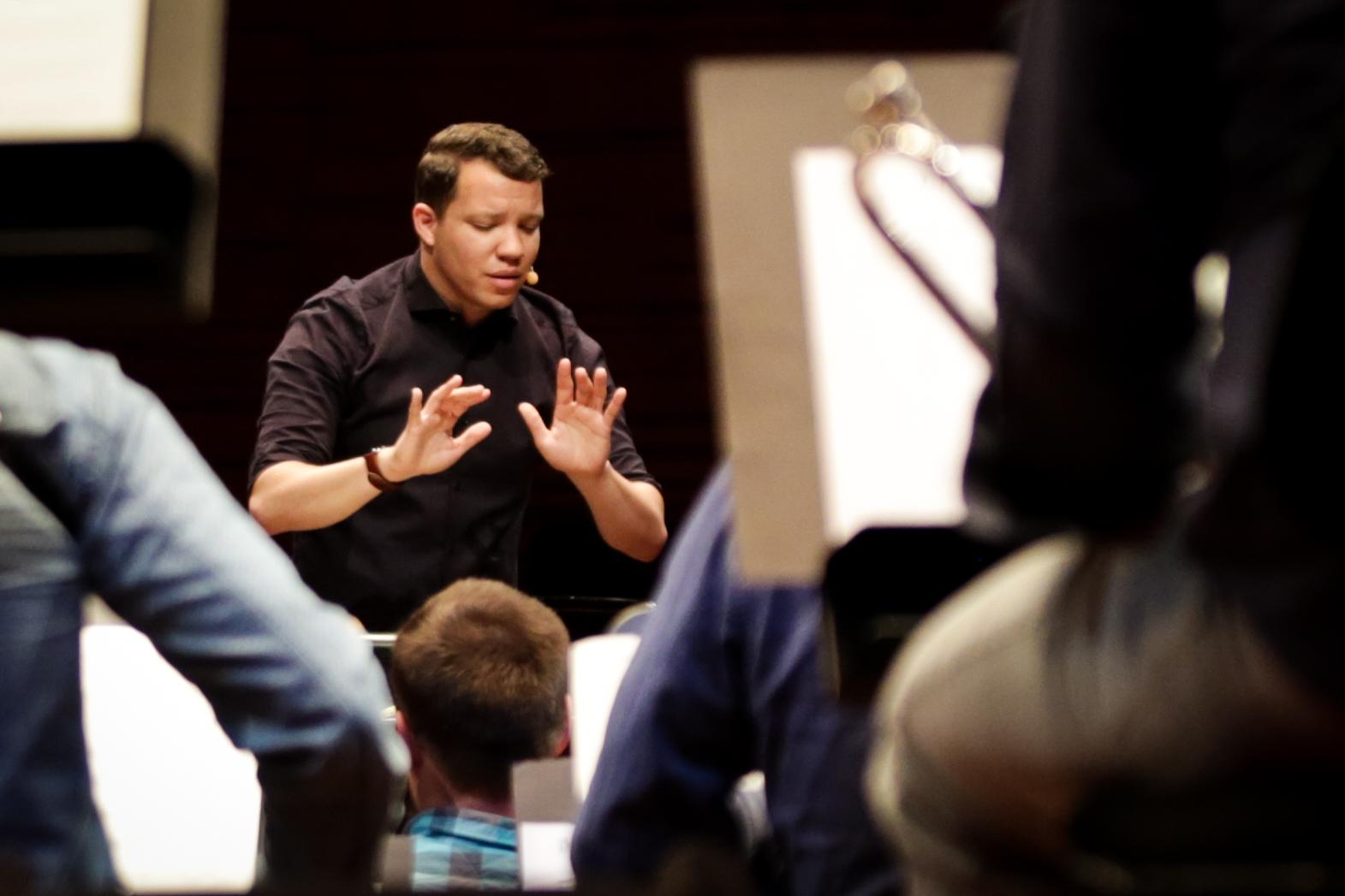 In its current incarnation, the Malko Competition exists to launch a career. So we have to consider who is its worthiest winner.

For some of us, today was Petr Popelka’s day. Except it wasn’t. The Czech conductor and Dresden Staatskapelle bass player will not proceed to the final of the Malko Competition, the jury has announced. He gave us enraptured Wagner, mined exceptional colours in Ruders’ Sarabande Blues, and made the Dvořák Cello Concerto look easy and sound exquisite. But he’s going home.

That’s the way it goes. And for Petr’s fans, it demands we ask ourselves what we’re all here for. In its current incarnation, and with its extraordinary prize package, the Malko Competition exists to launch a career. So we have to consider who is its worthiest winner: who needs the experience (and the money) most?

Maybe Petr was too good, too slick. Perhaps I’m being naïve, but add his obvious, natural skills to his experience as a member of one of the world’s most distinguished orchestras, and you might well conclude that Petr will be just fine. He could turn up at a high level orchestra tomorrow and get an involving, individual interpretation of a major work from it. Petr just needs a canny agent. If he gets one, orchestras will soon cotton on.

Alessandro Bonato, who will proceed to the final, is just as effective in front of the orchestra, if a little more diminutive. For my money, the competition is Alessandro’s to lose and has been for two days. Maybe the jury have seen that his remarkable ability to focus the Danish National Symphony Orchestra is worth backing, and that a musician so young (he’s the baby of the competition at 23) could achieve something stratospheric with significant backing – bookings from twenty-four orchestras across the world and mentoring from Fabio Luisi, for example.

Joining Alessandro in the finale will be Anna Rakitina and Ryan Bancroft. In these candidates, the jury is clearly sniffing potential. Both are wondrously open hearted in front of the orchestra, but neither has demonstrated quite the fluency or professionalism achieved by their Italian and Czech colleagues. But fluency and professionalism come with experience, which is the prize on offer.

And that’s the point. In this most game changing of competitions, we must remember that it’s not always the perfect, finished maestro who is the worthiest winner.