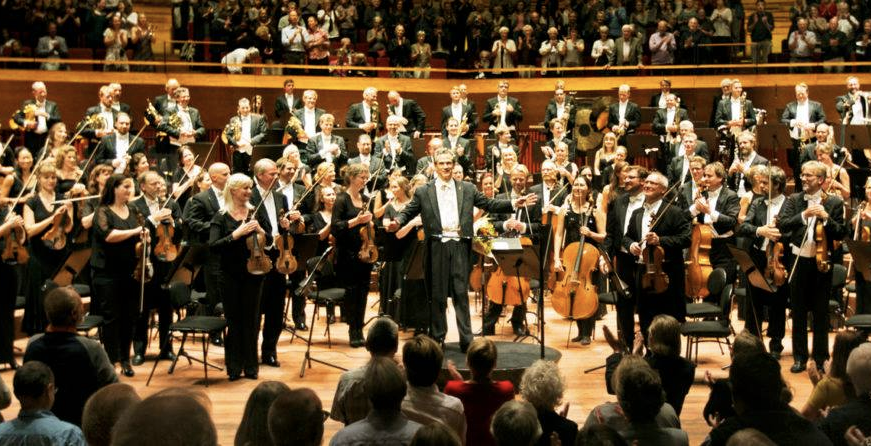 The Danish National Symphony Orchestra and Fabio Luisi have received no fewer than 566 applications from young conductors who want to compete for the prizes in the Malko Competition 2018. This is almost double last year’s number.

There will be unusually fierce competition for the places on the conductor’s podium in DR Koncerthuset in April 2018. A whole 566 young conductorsfrom all over the world have applied to be nominated for the competition – and that is almost twice as many as the orchestra has experienced in previous years.

While most of the applicants come from the major classical music territories Western Europe, the USA, Canada, Russia and Asia, there are also applicants from South America and the Middle East – with a total of 78 nationalities. The applicants’ submitted video material will now be carefully reviewed in the coming months by an internationally composed pre-jury.

The Danish National Symphony Orchestra is more than satisfied with the great interest in the Malko Competition. “The wide field of applicants for the Malko Competition 2018 first and foremost reflects our determined effort to give the orchestra international exposure in recent years. With Fabio Luisi as principal conductor, the Danish National Symphony Orchestra has gained a secure position on the musical world map which we maintain among other ways through touring, international collaborations and live-streaming of selected concerts,” says Kim Bohr, Head of DR Choirs and Orchestras.

An important incentive for the young conductors who have applied to be nominated for the Malko Competition 2018 is the opportunity to conduct the Danish National Symphony Orchestra in a competition that is covered nationally by DR’s media platforms, and which can at the same time be followed all over the world via live-streaming.

Head of Orchestras Kim Bohr believes that a new communication strategy for the Malko Competition is part of the explanation of the wide field of applicants: “To reach out to young conducting talents all over the world and find the right range of applicants we have had to go to work very determinedly. In connection with the fact that the orchestra has recently taken over the whole administration of the competition we have chosen to focus on a new combination of digital dialogue via social media, online marketing, international press work and direct personal contact with agencies, conservatories and conducting academies. It really lifts the spirits to see that the work has borne fruit – and now the whole orchestra is looking forward to meeting the 24 candidates selected by the pre-jury.”